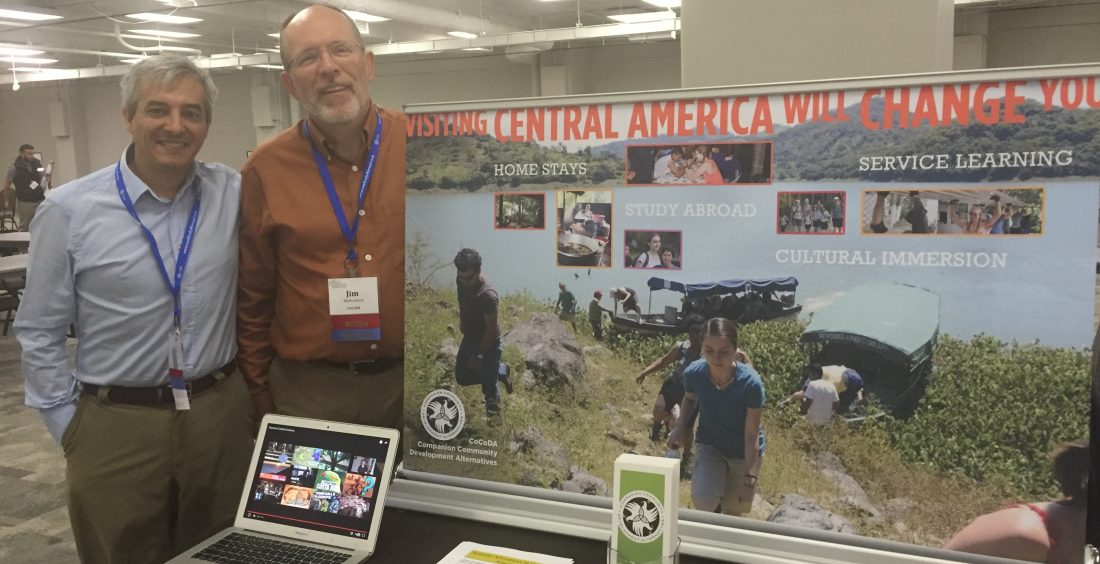 On the 50th birthday of Ivan José María Villasboa, we celebrate his life, his dedication to the people of Central America and his years of service to Companion Community Development Alternatives (CoCoDA).  On October 31st, Ivan will be retiring from his position as CoCoDA Program Director and transitioning to the CoCoDA Board of Directors.

For the first time in nearly 30 years, he won’t be involved with the day to day activities of CoCoDA.  This is possible because of his diligence in training staff both here and in Central America to understand the unique vision and mission of CoCoDA.

It has been a wild and wonderful journey for Ivan, one full of adventure and adversity, heartbreak and heroics.  Ivan has literally climbed mountains to keep CoCoDA and its mission alive.  He introduced hundreds of North Americans to Central America.

He made lifelong friendships with Salvadorans and Nicaraguans.  He raised thousands of dollars for projects and people.  He did these things while often working without pay or for salaries that never matched his accomplishments.  Of course, it was never about the money.  Several years ago, Ivan explained his journey:

One of those accomplishments was Ivan’s efforts to support the Youth Leadership Campaign (YLC) in San Salvador, El Salvador.  This program made it possible for low income, rural youth to attend the University of El Salvador by providing free lodging.

For nearly fifteen years, Ivan committed to raising $15,000 a year to pay the rent for these scholarship houses.

For several years, he did so by having people pledge dollars for climbs of Mt. Kilimanjaro and other famous peaks.  Eventually, he raised $80,000 to contribute to the purchase of a permanent home for the YLC program.

Thanks to these efforts over 150 young people have graduated with degrees in education, English, engineering, medicine, nursing, and law.  They are the young leaders of El Salvador.

The Santa Marta Association for Economic and Social Development (ADES)

Thanks and acknowledges the work of Iván Villasboa in his capacity as Director of Donation Management of Companion Communities Development Alternatives CoCoDA, in support of the Community Accompaniment program of our Santa Marta Association for Social Economic Development, ADES and in particular to the University Scholarship Program that has benefited, for 27 years, the youth of the rural communities of El Salvador, Central America.

Therefore: The Board of Directors of ADES agrees: To name the student house of the University Scholarship Program Casa “Iván Villasboa” in honor of his dedicated and supportive work.

Given in La Guacotecti, Cabañas, El Salvador, Central America on the 30th day of August 2020.

Signed by the president of ADES, Vidalina Morales de Gámez , the secretary of ADES, Alfredo Leiva Avilés and the director of ADES, Antonio Pacheco.

Until we can celebrate in San Salvador, this article and these words of appreciation from Iván’s many friends will have to suffice.  They represent the nearly two dozen expressions of thanks that we’ve received.

Over $4,125 has been received to support the remodeling of Casa Iván Villaboa.  If you would like to honor Iván, you can still do so.  We will inform Iván of all those who have so honored him.