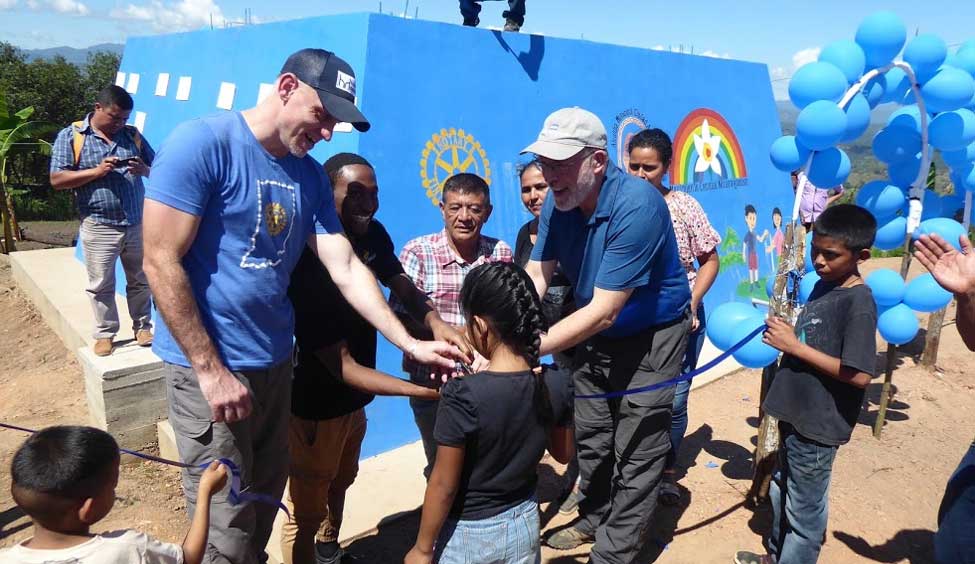 On February 1st, 2020, the community of Zacataloza, Luis Arturo Mairena the mayor of the Municipality of Ciudad Antigua, local government officials, Fredi Flores the Executive Director of MCN, the engineers, and a delegation of financial supporters from the United States gathered to celebrate the inauguration of the Solar Powered Water System in Zacataloza, Nicaragua.

No more would women and children spend 3-4 hours each day traveling that path to acquire water.

In 2015, Zacataloza was identified by our Nicaraguan partners as a community with both significant needs and capabilities. It is located in the municipality of Ciudad Antigua, Nueva Segovia, Nicaragua, was founded in 2007 by eight families and has grown quickly to a population of almost 200 people.

The families of Zacataloza subsist by farming and working in the coffee harvest with an annual cash income of less than $700.

The journey started on October 2017, when the Sun and Water Conference, organized by Companion Community Development Alternatives (CoCoDA), was held in Suchitoto, El Salvador. At that moment, Zacataloza community leaders presented their project to prospective donors and thanks to Rotary Club of Wooster, Indianapolis, Stow-Munroe Falls, Detroit, Windsor, ONT, District 6560, Central Indiana, College of Wooster, West Foundation, Individual donations, and the community itself this dream became a reality after two years of logistical work.

The completion of this Solar-Powered Water System is the last one of the three retrofits that were presented in the Sun and Water conference in 2017.